Three Boxes and a Ruby Puzzle with Solution 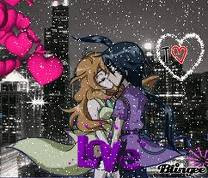 
Alice places three identical boxes on a table. She has concealed a precious ruby in one of them. The other two boxes are empty. Bob is allowed to pick one of the boxes. Among the two boxes remaining on the table, at least one is empty. Alice then removes one empty box from the table. Bob is now allowed to open either the box he picked, or the box lying on the table. If he opens the box with the ruby, he gets a kiss from Alice (which he values more than the ruby, of course). What should Bob do?

This problem is known as the Monty Hall Problem.
If Bob switches his choice, he wins with probability of 2/3. The YouTube video explaining this solution in detail.  To get better intuition, it helps to consider a slightly different problem with 100 boxes with one box containing a ruby. Bob then picks one of the boxes at random. At least 98 of the remaining boxes are empty — these are removed by Alice. So now, we are left with two boxes: should Bob switch? Indeed, for he wins with probability 99/100 if he switches!
Posted by Interview Puzzles
Labels: Google Interview puzzles, Google Puzzle
at 9:41 PM