A+ A-
Print Email
Logical Puzzles
1.  A clock with the hours round the face in Roman block numbers, as illustrated in the sketch fell down and the dial broke into four parts. The numerals in each part in every case summed to a total of 20. Can you show how the four parts of the clock face was broken? 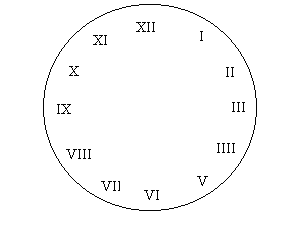 2. Shown in the sketch are 6 matches. Can you rearrange them to make nothing?

3.  Here is a sketch: Can you rearrange the position of the numbers 1 to 10 so that the sum of any two adjacent numbers is equal to the sum of the pair of numbers at the opposite ends of the diameter? 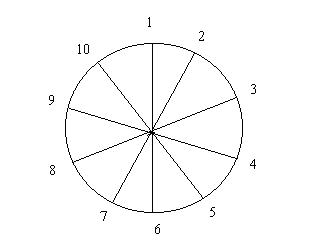 4. Can you place 10 coins in such a way that they lie in 5 straight lines and on each line there are 4 coins. There are at least two solutions.

5. Nine dots are arranged by 3 rows of 3 in the form of a square as shown in the sketch below: 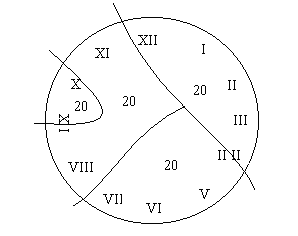 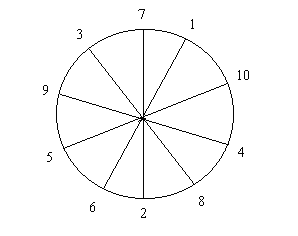 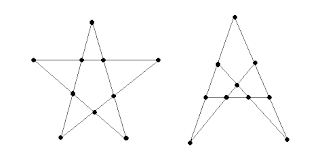