How to interview a person - An Article 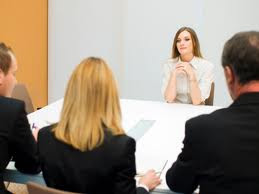 How to Conduct an Interview


Interviews have four stages that precede the writing of a story:

Once an interviewer has decided to interview someone, He should call the candidate in advance to make an appointment.  Identify himself by his name and the name of his publication.  If the interviewer feels that he need to do so or asked to describe what the story is about, be brief and general.  The shape of the story might change as him continue his reporting. If the interviewer interviewing several persons in connection with the story, interview the principal person last, because he will be better prepared based on what the learning from the earlier interviews.

Try to prepare as much research as possible on the person in advance on topic working on. Sources might be the library, public records, the internet and the expert people in that technology for background information.  Prepare the questions in advance if necessary writing and bring them into the interview.  Refer to them but don't show them to the candidate, because it creates too formal an atmosphere.  Ask other questions as they might arise, based on what the candidate says or something new that might come at the moment.  Bring pencil (or pen) and paper.  A stenographer's notebook is usually easier to handle than a large pad but use whatever is comfortable.  Bring a tape recorder but be sure to get the permission to use it from the person you are interviewing.

It is inadvisable to launch right into the interview unless it’s being given a few minutes.  Some casual conversation to start with will relax both of you.  Interviewers should ask Questions should be as short as possible.  Give the respondent time to answer.  Interviewers must be a good listener. If candidate prattles on, it is appropriate to move on as politely.  Interviewer might say something such as:  "Fine, but let me ask you this ".  Try to draw out specifics:  How long, how many, when, etc.?

Try to absorb the atmospherics of the locale where the interview takes place, with particular attention to what might be a reflection of the candidate’s personality and interests, such as photos of children or bowling trophies or a paper-littered desk or a clean one, etc.  Note characteristics of the candidate that might be worth mentioning in your story, such as pacing, looking out the window to think, hand gestures and the like.  Invite the person to call you if she/he thinks of anything pertinent after the interview.  It often happens, Interviewer should provide his name, email addresses and phone number on a card or piece of paper before to leave.  If that person has a secretary, be sure to get that person's name and telephone number, too, in case there is some detail that needs follow up and, again, leave information as to how you may be contacted.  If a photo is needed and is not taken during the interview, be sure to make arrangements then to have one taken at a later time.

As soon as it's practical after the interview, find a quiet place to review the handwritten notes.  While taking notes, that may have written abbreviations for words that won't mean anything in a day or two later.  Or some scribbling may need deciphering, and, again, it is more likely to be better able to understand the scribbles soon after the interview.  Underline or put stars alongside quotes that seemed most compelling. One star for a good quote, two stars for a very good one, etc.   It will speed the process when you get to the writing stage.  One other thing to look for in the notes:  the quote wrote down might not make a lot of sense, unless to remember what specific question it was responding to.  In short, fill in whatever gaps exist in the notes that will help better understand them when writing.


How to Interview a Programmer

How to tell all this about a stranger by spending 30 minutes with them in a conference room?

Explore an Area of Expertise

Rather than simply look for expertise and experience in the exact area in which the candidate will work, it is necessary look for general programming talent and ability. One way to explore and judge a candidate's talents is to explore an area of their expertise:

Have Them Critique Something

Another technique involves the importance of creating a dialog with the candidate. To get to know the candidate's talents and personality, Do n’t merely ask questions that have short factual answers. Find a way to engage a conversation. To stimulate dialog, ask the candidate to critique some technology:

Ask Them to Solve a Problem

Another way to foster an open-ended dialog is to ask the candidate to perform a task: to solve a problem or create a design. Although everyone at the meeting seemed to agree that this was important and useful technique, it also generated a lot of concern. People felt that asking the candidate to solve puzzles and problems needed to be done with care:

Several expertise interview taken and their review is given below


Look at Their Code

Find Out What Books They Read Several people indicated that they ask candidates about the programming books they read to see if a programmer is self-motivated or concerned about improving their own programming skills:

Ask About a People Problem

As important as technical ability, or perhaps more important, is personality. How well would the candidate fit the team? How well would they fit the work environment? People used various techniques to judge personality. Good citizenship is probably more important than technical prowess, because if you have people with the right kind of attitude and demeanor, you can help them gain the technical knowledge and software development habits. But if you have people who lack humility and maturity, it can be extremely difficult to get them to cooperate in reaching a goal, no matter how bright they are or what they've accomplished in the past.

Get to Know Them

Chuck Allison: I talk to them. I get a feel for them. I always ask about what they've done. I have found that by discovering what a person is excited about technically, you can learn a lot of important things about them. In the past I've asked people to describe a project that was especially interesting to them, or that was challenging and successful. On occasion I've asked what they've done that they're the most proud of. This usually reveals the depth of one's understanding and mastery. It also gets them to turn on the fire hose verbally, and you can sit back and get most of the answers you need.

Randy Stafford: I look at past projects listed on their resume, and ask them to talk about those projects—how was the team organized, what the technologies and architectures were used, was the software successful in production, etc. In their answers I'm listening for what lessons they learned from those experiences, and whether those lessons match with lessons I've learned from my experiences and from professional literature. I get a glimpse into how they perceive themselves in relation to the world around them. Some come off as arrogant, some ignorant, some helpless. Others sound humble, intelligent, and motivated. I often ask them what software development literature they read. Continuous education is very important to me.

Angelika Langer: In Germany, hiring is like marrying someone. It's "until death do us part"—a marriage without the backdoor of a divorce, because you can't fire employees. The only chance for firing someone is during a three- to six-month probationary period, or when the company goes out of business. The major filtering is done before the interview, based on the curriculum vitae (CV) and submitted papers, such as evaluations from former employers. (In Germany, employers must provide every employee with a written evaluation when they leave the company.) The interview itself is usually brief. The main tool in filtering is scrutinizing the CV and papers; 98 percent of all applicants are disqualified in this phase. The interview should confirm the impression you gain from the applicant's papers and allows you to sense their personality. The lucky winner then goes on a probationary period. Probation definitely does not replace the filtering; it just keeps a last exit open until you really must commit.

Andy Hunt: We've hired people who interviewed well, but they were terrible at the job. If possible, hire them in for a trial period.

Dawn McGee: You could also bring candidates in for half a day, and have them do what they would be doing on the job.

To sum up the overlying themes from our hour-long discussion in Portland: You should look for talent and fit more than specific skill sets. Ask open-ended questions to initiate revealing dialog. Ask candidates to critique something. Ask them to design something. Investigate their past experience. Review their code. And through conversation and, if possible, a trial period, you should try to become familiar with the candidate's technical abilities, talents, and personality.