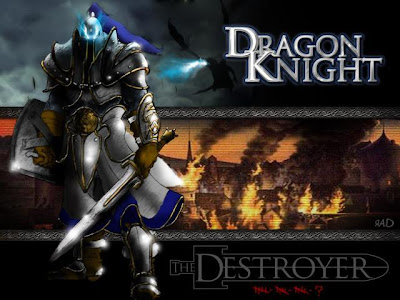 
This is another one famous puzzle asked in many interview puzzle. This was asked in Trilogy interview.

Lets consider a dragon and knight live on an island. That island has seven poisoned wells, which is numbered 1 to 7. If you drink from a well, you can only save yourself by drinking from a higher numbered well. The Well whose is number 7 is located at the top of a high that mountain, so only the dragon can reach it.

One day they decide that the island isn't big enough for the two of them, and they have a duel. Each of them brings a glass of water to the duel, they exchange glasses, and drink. After the duel, the knight lives and the dragon dies.

Knight knew that no matter from which well he gives the water, dragon will go and drink from well 7 and live. So he got normal water for dragon and before duel drank water from well 1.

When they exchanged glasses and drank water, dragon rushed to well 7 and drank poison from it, thinking that it would cure the poison he just drank (but he drank normal water), so dragon died. Knight on the other hand already had poison from well 1 so what dragon gave him effectively cured him. So he lived.

comments if you have any other answers..
Posted by Interview Puzzles
Labels: Trilogy interview puzzle
at 4:08 AM