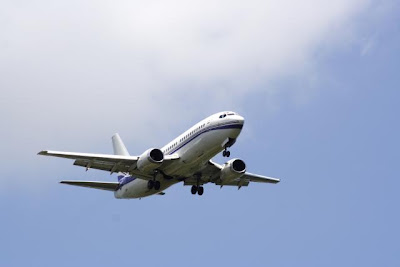 
The puzzle question is : On Bagshot Island, there is an airport. The airport is the homebase of an unlimited number of identical airplanes. Each airplane has a fuel capacity to allow it to fly exactly 1/2 way around the world, along a great circle. The planes have the ability to refuel in flight without loss of speed or spillage of fuel. Though the fuel is unlimited, the island is the only source of fuel.
What is the fewest number of aircraft necessary to get one plane all the way around the world assuming that all of the aircraft must return safely to the airport? How did you get to your answer?
Notes:
(a) Each airplane must depart and return to the same airport, and that is the only airport they can land and refuel on ground.
(b) Each airplane must have enough fuel to return to airport.
(c) The time and fuel consumption of refueling can be ignored. (so we can also assume that one airplane can refuel more than one airplanes in air at the same time.)
(d) The amount of fuel airplanes carrying can be zero as long as the other airplane is refueling these airplanes. What is the fewest number of airplanes and number of tanks of fuel needed to accomplish this work? (we only need airplane to go around the world)

solution for this puzzle is given below. Write your comments.. and any different answers.


Answer :
As per the puzzle given ablove The fewest number of aircraft is 3! Imagine 3 aircraft (A, B and C). A is going to fly round the world. All three aircraft start at the same time in the same direction. After 1/6 of the circumference, B passes 1/3 of its fuel to C and returns home, where it is refuelled and starts immediately again to follow A and C.

C continues to fly alongside A until they are 1/4 of the distance around the world. At this point C completely fills the tank of A which is now able to fly to a point 3/4 of the way around the world. C has now only 1/3 of its full fuel capacity left, not enough to get back to the home base. But the first "auxiliary" aircraft reaches it in time in order to refuel it, and both "auxiliary" aircraft are the able to return safely to the home base.

Now in the same manner as before both B and C fully refuelled fly towards A. Again B refuels C and returns home to be refuelled. C reaches A at the point where it has flown 3/4 around the world. All 3 aircraft can safely return to the home base, if the refuelling process is applied analogously as for the first phase of the flight.
I hope all of you understand puzzle with answers.. If your are not understand comments your queries..

Posted by Interview Puzzles
Labels: Microsoft Puzzles
at 7:01 AM